Balor and Rollins will join five other men who have also declared that they will be in this year’s Royal Rumble at Chase Field in Phoenix, Arizona.

As of late, the WWE has been using social media and house shows to announce participants in the upcoming pay-per-view that takes place on Sunday, January 27. Rollins’ participation in the match gives a sign that he might not face Dean Ambrose for the title. Recently, he was denied an opportunity by Triple H, who said that the rematch clause has been removed.

With #RoyalRumble right around the corner, @WWERollins is officially throwing his name in the ring! #WWEColumbusGA pic.twitter.com/OI1H1k4wNG

For Balor, this announcement means he is taking the necessary steps towards winning the Rumble, and capturing the belt he never lost. Balor was forced to vacate the belt after an injury he sustained during a match with Rollins for the inaugural universal championship back in August 2016.

Here’s a current list of the confirmed entrants for the men’s Royal Rumble:

Here are the women who have announced their participation in the Royal Rumble match:

WWE has also confirmed for the show: 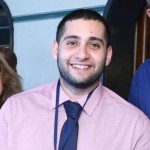 Joel Torres is a Co-Founder of The Scrap, is obsessed with MMA, and holds a Masters of Science in Integrated Design, Business and Technology from University of Southern California. Make sure to follow Joel on Twitter (@joeyfights).

July 27, 2021
A massive shift is happening in the world of Pro Wrestling