It was a fun, yet controversial night in Houston, Texas on Saturday at UFC 247. While many are still talking about the scoring of the main event, it was one of the night’s early prelims that seem to have people, including one half of that fight, shaking their heads.

In a bantamweight bout, Jonathan Martinez squared off with fellow exciting up-and-comer Andre Ewell. The fight was back-and-forth with a lot of action, but in the end, Ewell won the fight via split decision.

While the overall scoring of the fight left fans with a debate, it was one judge who scored the bout 30-27 for Ewell that is in the center of the controversy.

Martinez joined The Scrap to discuss the disappointment of the decision, the 30-27 scorecard for Ewell making no sense, his plans to appeal the decision and why he believes it will be overturned, getting re-signed to a new deal moments after the fight, never fighting in Texas again, and much more.

Check out the full interview with Jonathan Martinez following his split decision loss to Andre Ewell at UFC 247 in the video below. 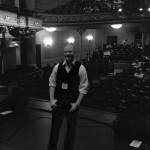 The Scrap’s Mike Heck is an interviewer and features writer for FloCombat, The Body Lock, MyMMANews and BJPenn.com. Happily married and a proud father, Mike also hosts a weekly podcast called Between the Links on the Loudmouth MMA Podcast Network and YouTube page. Follow all of Mike’s exclusive video interviews at Mike Heck MMA on YouTube and follow him on Twitter (@MikeHeck_JR).