UFC Vegas 3 saw four very solid performances from the likes of Raquel Pennington, Tecia Torres, Gillian Robertson, and Lauren Murphy. But who shined the most?

Torres potentially saved her job while her partner in Pennington put on a clinch clinic. Robertson dominated on the mat and Murphy kept her winning streak alive by defeating a fellow veteran. On this week’s edition of the WMMA Today podcast, Drake and Steve reflected on each woman’s performances, talked some… questionable rankings… and answered some Twitter questions.

Injury news made itself prevalent while new fights were announced as usual. Closing out the show, the guys broke down the two fights coming up this Saturday at UFC Vegas 4. Interestingly enough, they were both last-minute creations that feature three debuting Invicta FC veterans. Those being two top prospects in Kay Hansen and Miranda Maverick. The other, Hansen’s opponent at strawweight, is the former Invicta atomweight champion Jinh Yu Frey.

This is the WMMA Today podcast. Hosted by The Scrap’s own Drake Riggs and Steve King. Make sure to like and subscribe to The Scrap’s YouTube channel so you never miss an episode! 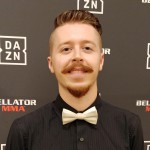 Drake Riggs is an MMA writer based out of Brush Prairie, Washington, USA who specializes in feature pieces, the women’s fight scene, lists, news coverage, and rankings. He has been a passionate fan of MMA ever since 2009. Drake has most notably written for BJPenn.com, FanSided, The Body Lock, South China Morning Post, MyMMANews, WhatCulture, Cageside Press, Sherdog, The Scrap, and MMA Today. He has also written for and created video content for RT Sport. As for other sports, Drake is a longtime fan of the NFL’s Green Bay Packers and Jacksonville Jaguars.