The departure of Kenny Omega from NJPW to AEW left a big spot in the NJPW roster to fill — the one of the top foreign main eventer.

NJPW right now has 3 options for the position. Will Ospreay, Zack Sabre Jr. and Jay White are the top candidates to take the vacant position.

Being the leader of Bullet Club is not an easy job, especially considering all the amazing talent that at one point or another had the position; the likes of Kenny Omega, AJ Styles and Prince Devitt (AKA Finn Balor).

Jay White is the most likely of all the candidates to take the position of foreign main eventer. He’s a home-grown talent and a great in-ring performer.

The problem with Jay White is that despite already having the position of Leader of Bullet Club for a year now, he has not been able to connect with people in the same way Omega, Styles and Devitt did when they were giving the position.

Jay White is young and still has time to evolve as a performer and who knows, in a few years he could be the best in the world.

Right now, Zack Sabre Jr. is one of the top 10 best in-ring wrestlers in the business. A great aspect about him that some people overlook are his promos. They are always on point.

The only negative is that some people are not into the technical style he uses for his matches and prefer a more flashier style.

Will Ospreay right now is with no doubts in the top 5 of best in-ring workers in the world right now. 2019 was the best year of his career.

The only negatives for him is the fact that his promo work is inconsistent. However, most importantly, the controversy surrounding him lately about blackballing a wrestler in 2017. This will affect the way people look at him going forward. 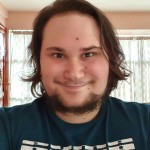 The Scrap’s Juan Carlos Reneo is from Spain, he writes about and loves professional wrestling. Make sure to follow him on Twitter (@ReneusMeister).