Since 2013, when the sport was created, rules have existed for the UFC.

These rules limit several things, such as no eye pokes, no headbutts, no brass knuckles, and several other things that protect these fighters from unnecessary physical harm.

But what rules does the UFC have in place for emotional harm? Most specifically what if a fighter falls in love with his/her opponent, but doesn’t realize it until they get in the clinch with each other?

I decided to do some digging and asked the most attractive umpire in UFC history, Big John McCarthy, what his thoughts were on this dangerous situation. After telling me some false things about the difference between MMA and the UFC, I popped the question to him, to see what his thoughts were, but he ducked the question just like Khabib is ducking the McGregor rematch.

If a fighter is sexually attracted to their opponent but they don’t know it until they get into the clinch, could the fight be stopped and be ruled a no contest?

Since Big John did not answer the question, I decided to come up with a solution on my own to save the UFC fighters that are facing this epidemic.

UFC has completely ignored this facet of the fighters’ well beings. How many fractured boners will it take for the UFC to put these rules into place to start protecting its fighters? 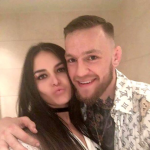 What surprises & returns could we see in the 2023 Women’s Royal Rumble?