Jose Aldo is the GOAT (greatest of all time), well maybe not the greatest, but he’s absolutely on the Mt. Rushmore of MMA. With his late career resurgence, it’s hard not to reevaluate where to rank “The King of Rio” on an all-time list.

Aldo is widely considered one of the greatest champions in featherweight (145lb) history. A dominant champion with highlight reel finishes who seemed unstoppable, that is until a run in with a brash Irishman (Conor McGregor). Thirteen seconds later, everything that he worked for seemed to be gone in a flash.

A few years of uncertainty, a handful of losses, and dropping down to a lighter weight class (bantamweight), many believed that Aldo’s best days were far behind him, myself included.

Everyone except for Aldo, who took the time to reinvent himself and grow as a martial artist. The legend partnered with the Brazilian Navy’s boxing team and has added pinpoint boxing to an already diverse attack. The proof (as they say) is in the pudding.

At bantamweight he is now 3-1 only dropping a highly contested fight to the current intim champion Petr Yan.

Aldo is now on a three-fight winning streak and after defeating three of the division’s best (Marlon Vera, Pedro Munoz, Rob Font) it’s difficult to deny him a shot at the title, especially if he wins one more big fight.

After defeating Rob Font in his last outing, Aldo called out number one contender and former bantamweight champion TJ Dillashaw. A win over Dillashaw would guarantee not only a title shot, but prove his recent success is in no way a fluke.

If Aldo is able to turn his career all the way around and win the UFC bantamweight title, we need to have a serious conversation of who really is the MMA GOAT. With his resume, length of career, and late career resurgence; when it is all said and done, “The King of Rio” might truly be the King of all Kings in MMA history. 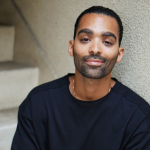