WWE recently announced that the tournament for the vacant Women’s Tag Team Championships will finally kick off on Monday Night RAW. With little-to-no teams in the division currently, it has made fans curious as to what Triple H may have up his sleeve…

It’s clear the division needs some new blood and fresh storylines. But with Sasha Banks & Naomi potentially returning soon, and the lack of active teams, read about the potential duos that could form in time or get called up to top off the bracket.

Daktota Kai and IYO SKY made their main roster debut, alongside a returning Bayley at SummerSlam. The trio confronted RAW Women’s Champion Bianca Belair and Becky Lynch. Kai and SKY are arguably the favorites to win the Women’s Tag Team Championships, especially with how strongly their new faction with Bayley has been presented so far.

Dakota is no stranger to tag team gold, winning the inaugural Women’s Dusty Rhodes Tag Team Classic (with Raquel Rodriguez) in 2021. The two recaptured the belts in 2022 becoming the first two-time champions. As for IYO, she is a former NXT Women’s Champion & Tag Team Champion (with Zoey Stark) and had been a stand out at NXT before their 2.0 facelift.

Ideally, we’d see Nikki reunite with Alexa and have a storyline between the two where good or evil prevails both of their characters. But, we usually don’t get what we want… With that being said, they were a team originally announced for the tag team tournament, so it would not be surprising if they are in it again.

Nikki A.S.H. and Doudrop have potential to be a great tag team, but as of right now it feels forced. If they lose in the first round, a repackaging for both women is much needed. But them as a team could be awesome as there is history between the two…

With Toxic Attraction unable to retain their NXT Women’s Tag Team Championships, it seems a main roster call is on the horizon. Hopefully they get called up as a faction, but in the event they don’t… The women’s tag team division is in serious need of some actual teams.

Gigi Dolin and Jacy Jayne have certainly proven their worth to the division as two of the top heels in NXT. They also had two long, successful title reigns. Both women are ready for the spotlight, and with SmackDown needing some heel tag teams, the time has never been more perfect.

Following their singles match on last week’s RAW after SummerSlam, Bayley’s crew of Dakota Kai and IYO SKY attacked Asuka and Alexa Bliss in a continuing show of power from the returning NXT stars. Invoking the spirit of Teddy Long, it’s entirely possible that WWE could team the Empress of Tomorrow with Little Miss Bliss, culminating in what could be a fun match between the two teams.

Teaming up with Asuka could be the new life needed for Alexa Bliss’ character, and usher in this new era of her career. Asuka elevates every one she shares a ring with and having her go for tag team gold again would be a great addition to her WWE resume.

Hopefully there aren’t a bunch of random tag teams put together for the sake of the tournament. With the idea that some duos will regroup, former champions Natalya and Tamina should be at the top of the list. Both women are talented veterans, second-generation wrestlers, and weren’t able to do enough with the belts when they had them.

They could realistically get a second run, or help catapult a new tag team into the title picture. Regardless, we hope to see both women teaming together in the near future with the division needing more talent and storylines. But if we’re honest, Shayna may regroup with Natalya before this occurs…

They may have won the titles recently, but what a better way to showcase the NXT Women’s Tag Team Champions than having them enter the tournament for the main roster belts? Kayden Carter & Katana Chance have been working hard as a duo for quite some time, and it has finally paid off.

Their high-flying skill set and frequent double teaming make them a problem in the division… And more importantly, very fun to watch. Since the main roster barely has any women’s tag teams, it’s possible we see these two for a short stint on Monday Night RAW while the division rebuilds.

This re-paring is contingent upon Candice LeRae returning to the WWE after giving birth. If she did, half of The Way could really make a splash on the main roster in a big way. Since Theory was called up, Dexter Lumis released, and both Candice & Johnny Gargano leaving WWE, Indie Hartwell seems to have lost her way amongst the deep women’s division in NXT.

With RAW in Ohio next week and Ciampa fighting for the United States Championship, could we see the return of Johnny & Candice? We sure hope so… Candice & Indie are exactly what the division is missing right now, and a main roster run for LeRae is way past due.

Since Ronda Rousey is still feuding with Liv Morgan, this pairing is highly unlikely. But let’s be honest… this would be BADASS. If WWE hasn’t already thought of Rousey potentially holding the tag belts one day, they should be. Especially with the long, real, tight-knit friendship she has had with Shayna Baszler.

Both women as heels would be must-see TV, and the repackaging both women need right now. There is no better time than now to do this, so let’s hope we see it in the near future since we never got the Four Horsewomen feud on the main roster.

Even though the last time they were on TV together, they got into a fight… With Queen Zelina coming back soon, and Carmella recently saying she wanted the vacant belts but needed a partner, it seems these two may reunite sooner than we think. WWE might as well bring in another pair of former champions to add legitimacy to the tournament.

They had an okay run while champs, and if Sasha Banks & Naomi are retuning soon – they’ll need a heel tag team to feud with and take the belts from. I wouldn’t be surprised if the mean girls reunite for another shot at WWE gold around their waist.

A Random Pairing, or… Sasha & Naomi?

The wildcard and the “surprise” return that the wrestling world is all hoping for is the return of The Boss & Glow Connection. It would be one of the most talked about moments of the year… If it happens of course. In May, Naomi and Sasha Banks placed the Women’s Tag Team belts on the desk of the then Head of Talent Relations, and allegedly walked out of WWE. This was largely due to the lack of planning and attention paid to the titles and the women’s division as a whole.

With WWE’s new era of leadership, we could possibly see their return. Personally, we would love to see a winner crowned in the tournament and for Naomi and Sasha to confront them, setting up an epic match to crown the TRUE Women’s Tag Team Champions. With that being said, a random pairing could join the tournament as a filler team, so don’t be surprised if that happens instead…

With all of the change going on internally at WWE, fans can certainly look forward to a fun ride with this tournament. One thing is for sure, intrigue for the women’s division is good for not just women’s wrestling, but for pro wrestling as a whole.

Which team do you think will be crowned the new Women’s Tag Team Champions? Let us know in the comments below.

Katie Vega is a new MMA, Boxing, and Pro Wrestling Writer for The Scrap. She hopes to finish school in the States after moving from Puerto Rico and continue her pursuit of being a combat sports journalist. Follow Katie on Twitter (@KatieVegaMMA). 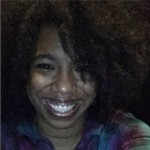 Will we see the return of Vince McMahon as WWE’s Booker?